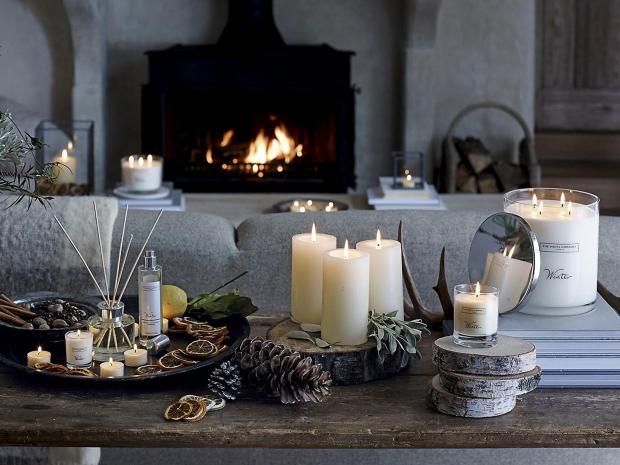 Having recently got a dog,
a lovely dog, but a stinker.
I am becoming obsessed with house smells.

Not wanting to go down the Hyacinth Bucket route of plug in air fresheners and and a constant smell of disinfectant,
(gateway behaviour to neat garden borders and the monitoring of  neighbours bins)

Nor having a Jo Malone candle budget.
Who does?  Who has £50 they can just blow on a throwaway thing like a candle?
But I suspect that's the attraction of them.
Giving the look of such monetary success
you can just waste £50 on a candle.
Certainly that's why I want one! 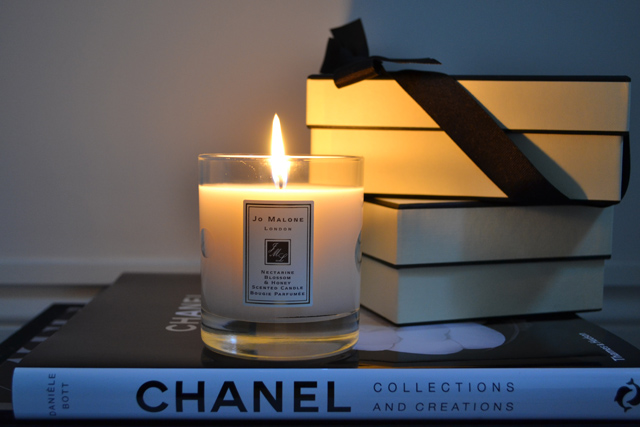 Here are some of the more budget friendly way's I am attempting to tackle the dog stink.
(Apart from the extra cleaning, that's a given). 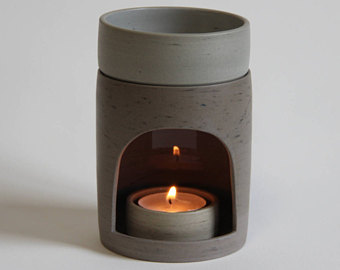 Oil burners.
Big in the nineties and noughties,
not as popular now,
but God they kick out the most smell possible.
One drop of essential oil and a tealight and enough fragrance is made to drift around a whole house.
My 20 year old German model has been called back into near constant use. 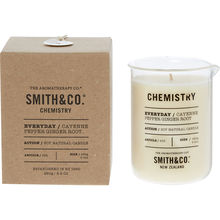 Scented candles.
The best cheapest scented candles I have found, which don't smell of chemicals are from
TK Maxx
everyone of them smells gorgeous and odd ones can often be found on the clearance shelves making them even more of a bargain.
Ikea
It's the law, Ikea's candle department smells so nice and they are so cheap, you have to buy at least one on every trip.
I'm going tomorrow,
I'm going to fill a trolley! 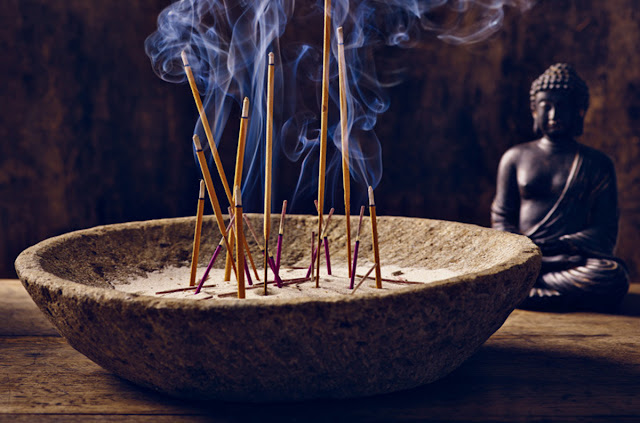 Unlit joss sticks.
I love walking into a house that smells of joss sticks, there is something so homely and calming about the smell.
But not in mine!
If I light one, no matter what make or brand
my WHOLE house is overpowered by the smell and it permeates everything
clothes, curtains walls, everything.
So I stand a few joss sticks in their holder and don't light them.
The joss stick smell and the boho look... but lite. 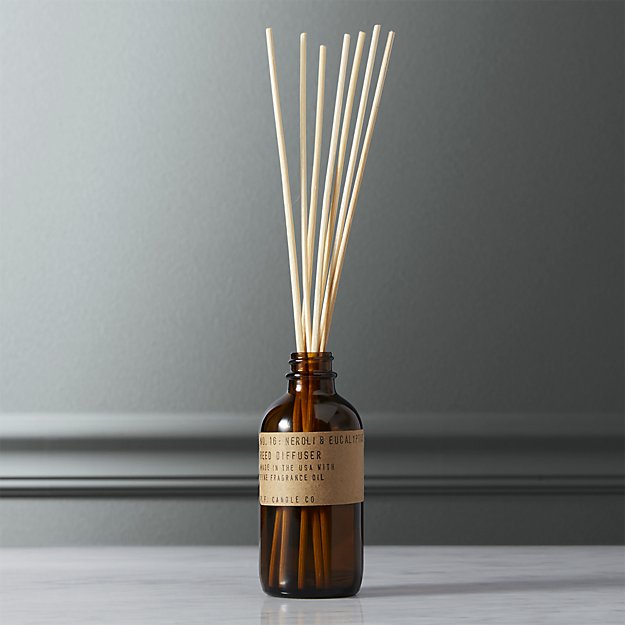 Re-filling reed diffusers.
When they run out after what seems like about a week,
they are really easy to refill.
A few drops of essential oils
(I mix in a few different ones)
Water
A drop of washing up liquid to help the oil and water mix.
Some people I believe put a drop of Vodka in, instead of washing up liquid.
I know of no-one who would do this instead of drinking it. 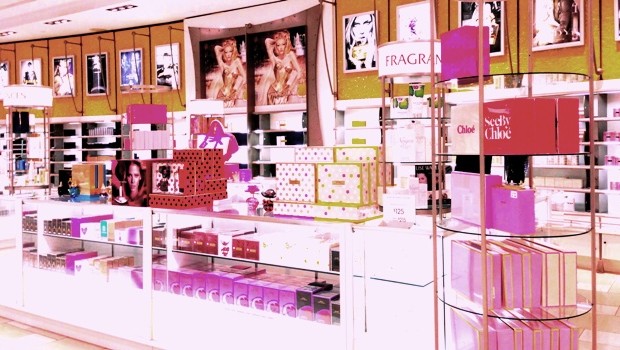 Perfume sample spray cards.
Whenever I'm in an airport duty free perfume department and get offered one of those perfume samples, sprayed onto a piece of card.
I take them and throw them into my flight bag to make it smell nice.
And I don't know what that paper is made of but the smell lasts forever.
Next time I am in (taking a shortcut through) any perfume department, I'm going to take every sample offered and put them everywhere,
behind the dogs bed, in drawers, behind radiators.
The smell on those cards will last far longer and smell loads nicer than normal air fresheners.
Bring on the perfume sprayers. 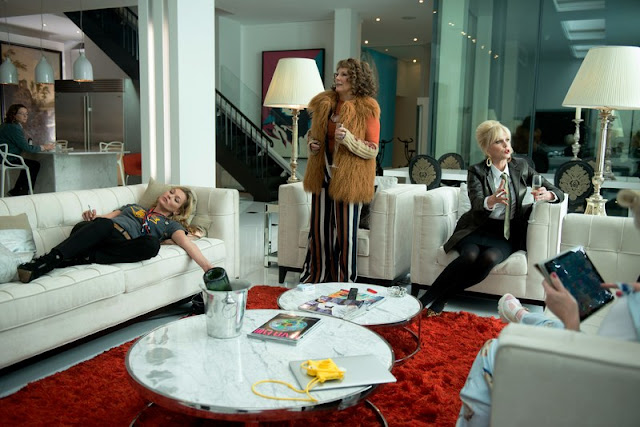 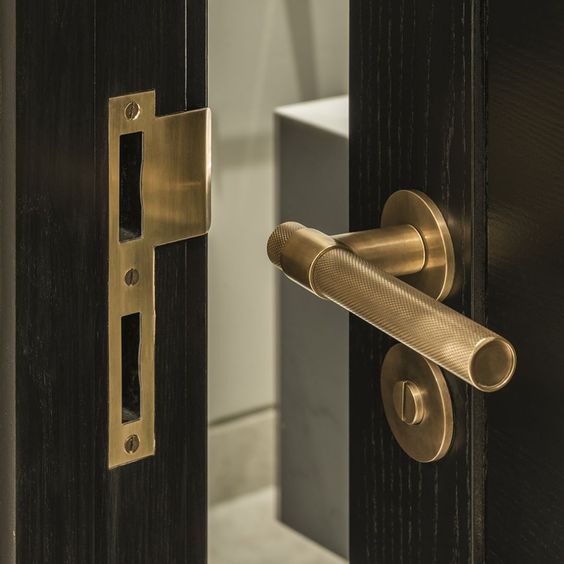 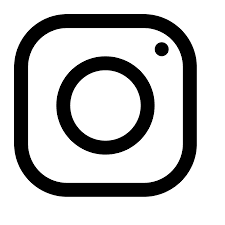 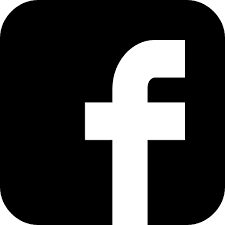